Muay Thai is an ex-thai boxing champion, kicked out of the sport because he was a mutant. Now he's moved to Paragon city to fight crime.
The theory of evolution by cumulative natural selection is the only theory we know of that is in principle capable of explaining the existence of organized complexity.
-Richard Dawkins
Top 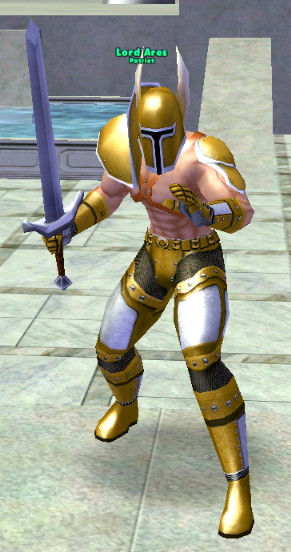 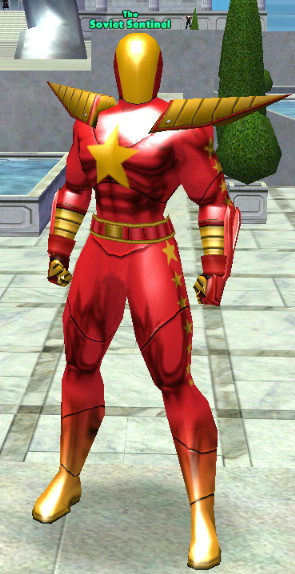 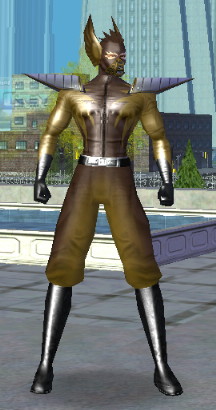 German Biologist Heinrich Weismann, a direct decendent of Albert Einstein - born in the village of Ulm, was always inspired by the story of Die Ulmer Spatze (The Ulm Sparrow).

Legend has it that, when the great cathedral of Ulm (Ulm Munster) was being built, construction had to be halted about half-way through. A large wooden beam, hanging over both sides of the waggon on which it was being carried, was too large to fit through the gate to the village.

The builders of the cathedral puzzled over this for quite some time when one clever young man spied a sparrow, carrying a stick in it's beak that was to long to fit into it's nest. The bird laid the stick down, grabbed it by one end, and pulled it easily through the narrow opening. Then, by imitating the sparrow's technique, the builders were then able to bring the beam into the village and finish the cathedral.

So it was only natural that Heinrich, when trying to create an enzyme that would enhance his mental abilities, would turn to nature. By observing the growth of single-celled amoeba he was able to complete his research and give himself incredible mental powers. Thus, it seamed only fitting that he name his super-hero alter-ego after the lesson that lead him to success.
The theory of evolution by cumulative natural selection is the only theory we know of that is in principle capable of explaining the existence of organized complexity.
-Richard Dawkins
Top

Ka Ptah believes he is endowed with the spirit of the Egyptian god of creation, life, death, and stone (Ptah). He uses the powers this "possession" gives him to help rid the world of threats to mankind.
The theory of evolution by cumulative natural selection is the only theory we know of that is in principle capable of explaining the existence of organized complexity.
-Richard Dawkins
Top

Ok guys. I have created a Super Group on the Victory server that we can gather all these heroes under. The Group is called "Hero International" and is a world charter group of Hero Corp. Lets get together some time soon and get all the different heroes invited. The guild colors are the dark blue/Light Blue you see all hero corp members wearing however, i do not believe that the heros should wear the colored costumes becuase i can see a lot of work has gone into creating these charactes and would like to see them as they are.
Top

Users browsing this forum: No registered users and 2 guests