This forum is for discussions on Dungeons & Dragons, Everquest, Chess, and other games that ease the pain of being an aging geek.
Post a reply
First unread post • 12 posts • Page 1 of 1 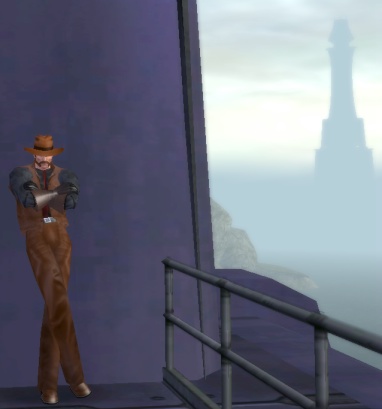 The legend of the Whiskey Man was a story told to teanagers in the old Southwest to make sure they didn't start drinking too young. The story goes, "one night in a dark tavern a wayward cowboy, down on his luck, wanted a drink of whiskey so badly that he said he'd trade his soul for a bottle. Unfortunately for him, dark and evil forces were listening and took him up on the bargain. The Whiskey Man roams the Earth still. He is infused with dark power, not really living but refusing to die because he knows his soul will be forfiet when he does."
Top

Great Story Bud.
Jeff
It's a great day to be with my wife,
my friends and alive on my planet!
Top

The Dragon King warms his dinner 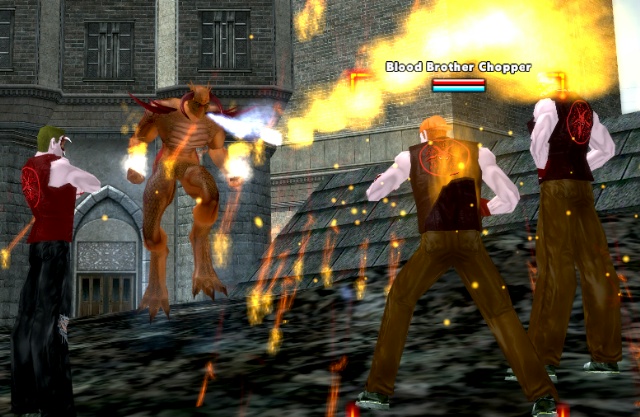 Anguis Rex is the king of all dragons. He was sent to this realm when he ate the daughter of an ultra-powerful wizard. Now he is wondering the streets in humanoid-dragon form, attempting to regain his former glory.

Here we see him warming himself a dinner of the local hellions.
Top 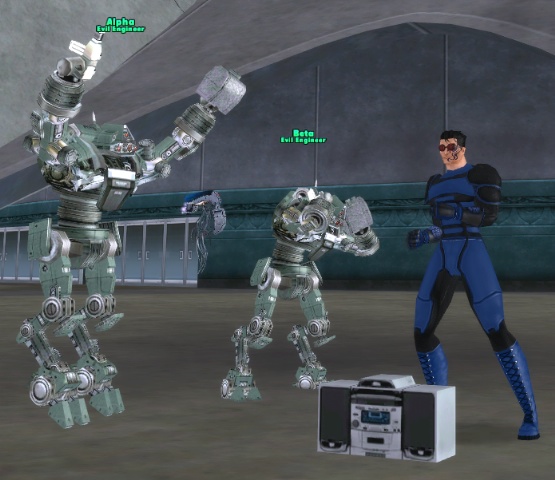 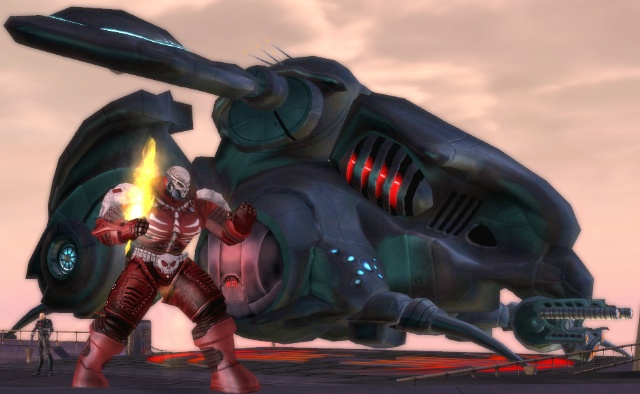 Zhad has conquered (and subsequently destroyed) many planets in the over 3000 years that he has brought terror to his galaxy. Unfortunately for him, the last planet he attempted to conquer was the Rikti home world. The Rikti destroyed Zhad's fleet and followed him back to his own homeworld, reducing it to rubble.

Zhad escaped to our world with grand plans to rebuild his empire, but misfortune struck him again as his ship (badly damaged in the escape) crashed into our planet. Zhad, being practically indestructible, he was the only think to escape the crash intact. Now Zhad is starting over with practically nothing but the bones of the great fanged Zharka beast, a deadly fanged preditor favored by hunters on his planet, that adorn his armor and his trusty plasma sword.

Here we see him contemplating the requisition of one of Arachnos' ships to his cause.
Top 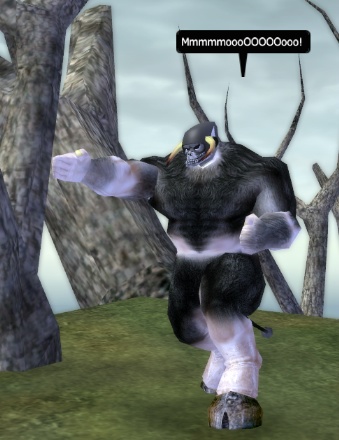 Angus, the cow king, is here to show you where the beef is! (Do not confuse him with that stupid fire lizard, it makes him angry.)
Top 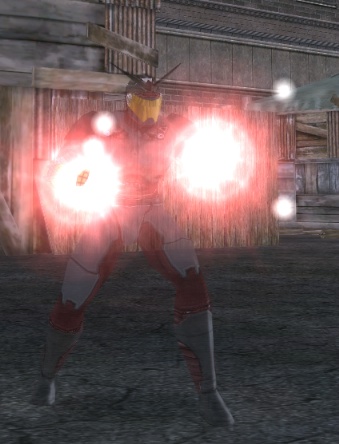 The Fighter's stealth suit makes him all but invisible to radar, thermal detection, and the naked eye until his energy weapons give him away when he strikes. Of course, by then it's too late.
Top

And... the obligatory nearly-naked chick 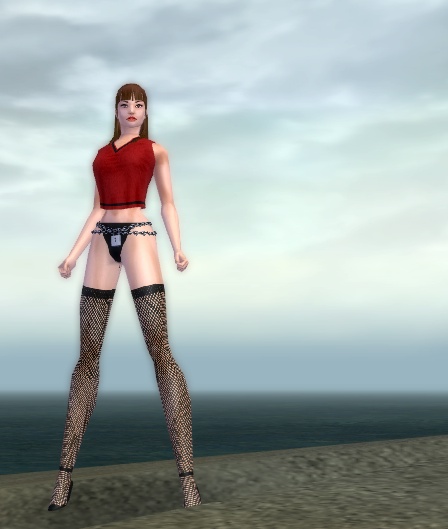 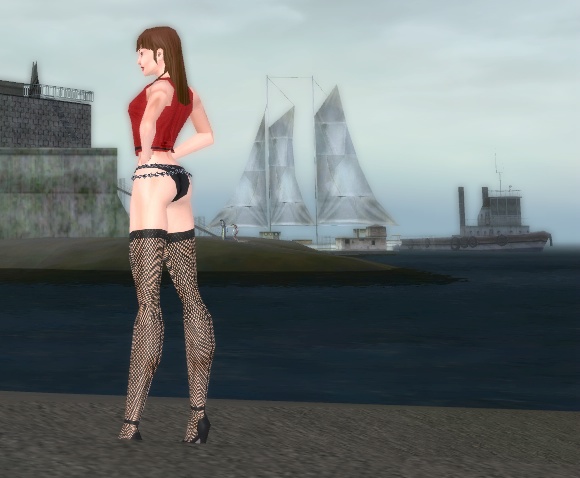 Christina Yu was once a tallented young psych student. Unfortunately, an accidental overdose of experimental radioactive drugs during her senior year caused her to undergo a psychotic break, permenantly altering her personality and giving her unexplicable mental powers. She was a moody child and her mother used to always tell her "it was all in her head". Now, she has turned the tables and it's all in the heads of her victims.
Top 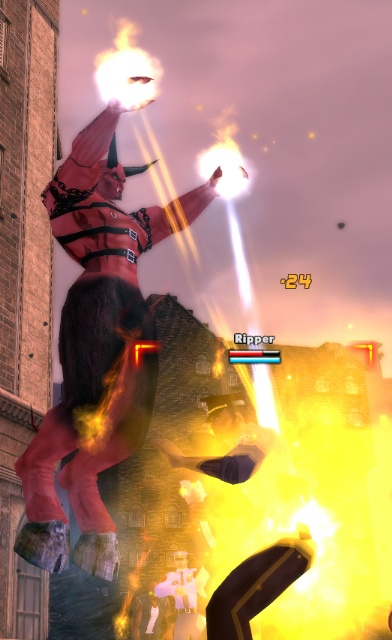 
He is known by many names: The Prince of Darkness, Lucifer the Morning Star, The Adversary, Satan. Beelzebub walks this the Earth to encourage those who would harm others so that evil might spread and so that he can collect their foul souls at the end of their days.
Top

The Dragon King surveys his domain, looking for dinner 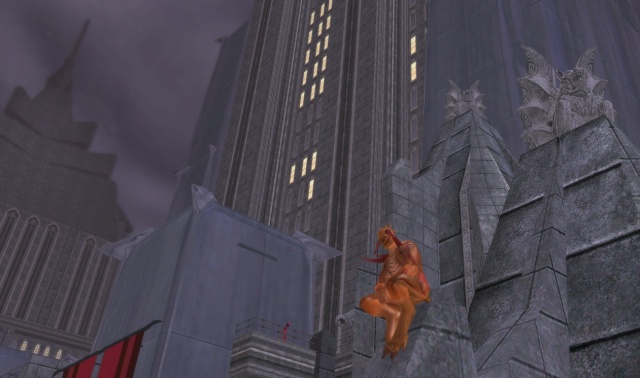 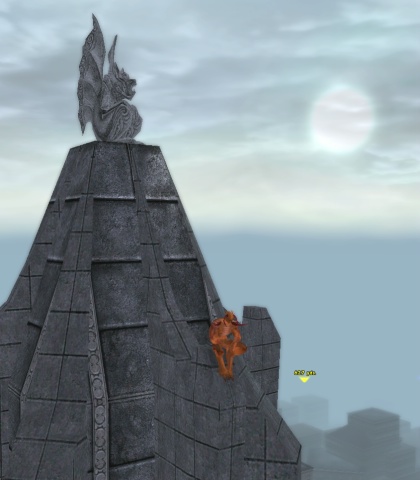 Hmmm... that one looks tasty.
Top